Taiwan Semiconductor Manufacturing Co (TSMC, 台積電) yesterday reported a third straight quarter of record sales, underscoring its lead as the world’s No. 1 maker of advanced chips, which are in short supply.

TSMC in the middle of January said that its revenue for the three-month period was expected to range from US$12.7 billion to US$13 billion after the estimate was converted into a range of NT$354.97 billion to NT$363.35, based on the average exchange rate of NT$27.95 at the time. 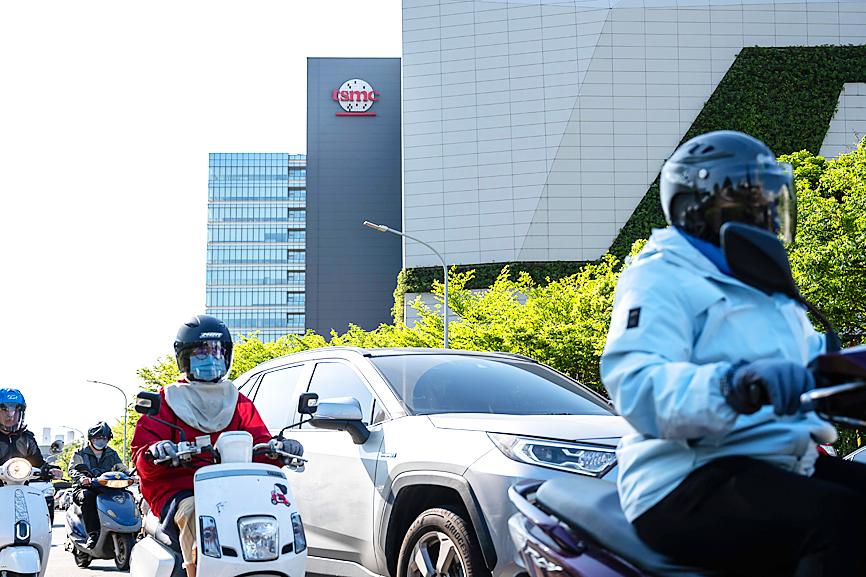 The strong showing in the first quarter came after TSMC smashed its records by posting NT$129.13 billion in sales last month, up 21.2 percent from a month earlier and 13.7 percent from a year earlier.

TSMC has kept its fabs running at “over 100 percent utilization” over the past year, chief executive officer C.C. Wei (魏哲家) told clients in a letter recently.

The company — already planning capital spending of as much as US$28 billion this year — plans to invest US$100 billion over the next three years to expand its capacity, he said.

The spending target implies that TSMC’s revenue could reach as much as US$95.1 billion in 2024 and the firm “is on the march to be the largest semiconductor company by revenue in 2024-2025,” Shu said.

TSMC has scheduled an investors’ conference on Thursday next week to detail its first-quarter results and give guidance for the second quarter, as well as for the whole of this year.

As Taiwan faces a serious water shortage, analysts said that the market wants to know how the lack of water would affect TSMC’s operating costs.

Like other tech firms, TSMC has begun buying water by the truckload to meet demand.