Powerchip hikes prices of chips due to demand

Powerchip Semiconductor Manufacturing Corp (力積電) on Monday said that it has hiked chip prices, as demand has significantly surpassed what it can supply, and expects a chip shortage to worsen next year amid rapidly growing adoption of 5G-related applications.

Supply of power management ICs, image sensors and display driver ICs has become so tight that the company cannot squeeze out any extra capacity to meet demand, Powerchip Semiconductor said.

Those chips are used in mobile phones, tablets and notebook computers. 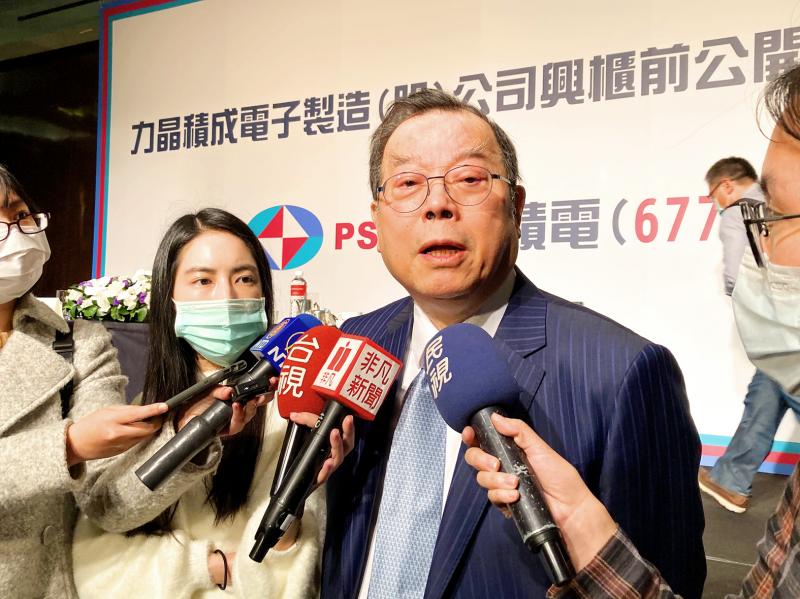 “The supply crunch has panicked customers,” Powerchip Semiconductor chairman Frank Huang (黃崇仁) told an investors’ conference in Taipei. “Foundry capacity will become a battleground for chip designers in the next five years.”

“We have to adjust chip prices in response to the market situation,” Huang said.

The tight supply would probably spread to the memory segment in the second half of next year, as new capacity increased a mere 5 percent from 2016 to last year, while 5G and artificial intelligence (AI) applications are to boost demand by 30 to 35 percent from this year to next year, he said.

To solve the shortage, customers are willing to adopt the “open foundry” business model by consigning manufacturing equipment to Powerchip Semiconductor to ensure chip supply, which will reduce the firm’s risk investing in new fabs, he said.

The company plans to start building two 12-inch fabs in Miaoli County’s Tongluo Industrial Park (銅鑼科學園區) in March, which would have a combined installed capacity of 100,000 wafers per month.

The company said that it would take about three years to complete construction, given a shortage of workers.

Powerchip Semiconductor reported net profit of NT$2.03 billion (US$70.4 million) in the first half of this year, compared with a loss of NT$1.48 billion a year earlier.

The company this month is to debut its shares on the Emerging Stock Board before moving to the main board in the fourth quarter of next year, Huang said.

Its shares were delisted from the main board in 2012 amid a slump in the DRAM industry.