Home / Industry News / Taiwan, US to focus on semiconductors

Taiwan, US to focus on semiconductors

Taiwan and the US on Friday held talks on strengthening their economic relationship, and have identified the semiconductor industry as the top mutual priority in economic cooperation.

The talks, under the auspices of the new Economic Prosperity Partnership (EPP) Dialogue, were held virtually and partly in person in Washington, led on the US side by US Undersecretary of State for Economic Growth, Energy and the Environment Keith Krach, who visited Taipei in September.

Deputy Minister of Economic Affairs Chen Chern-chyi (陳正祺) led a delegation to Washington for the discussions. 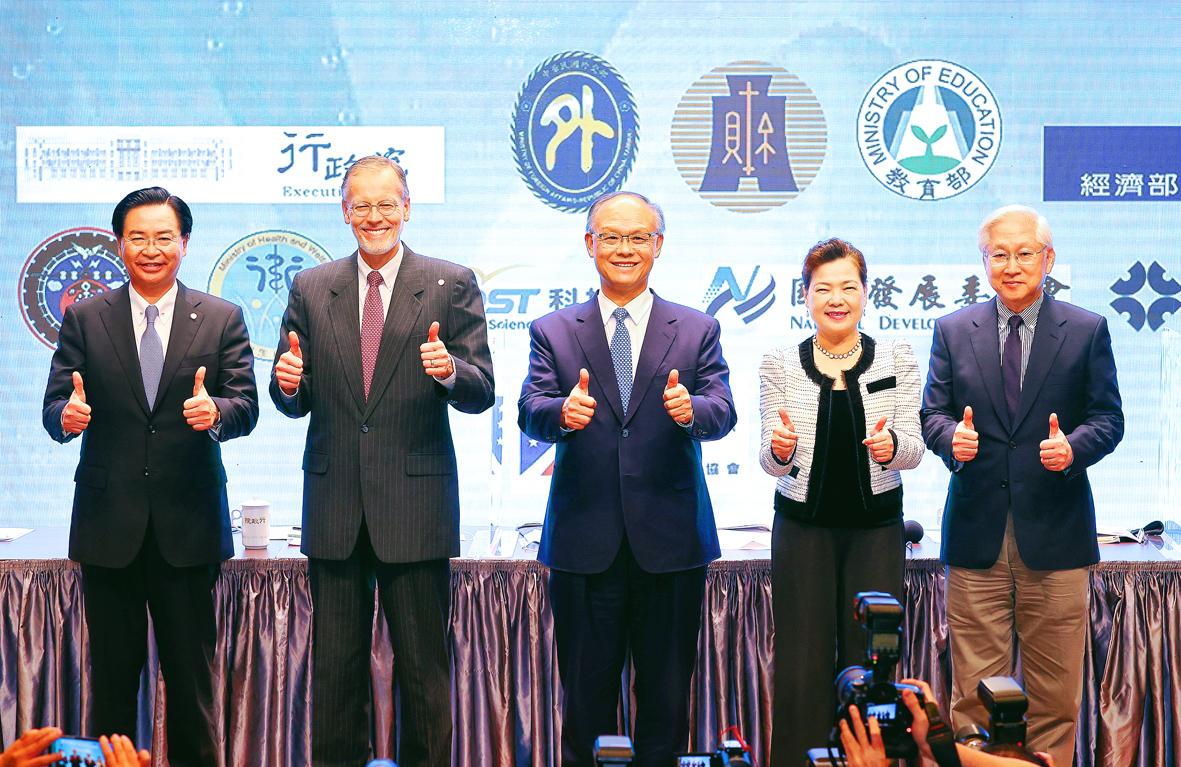 In Taipei, a news conference was held at 10am yesterday at the Executive Yuan following the six-hour EPP Dialogue.

Deng said both sides have confirmed that strategic cooperation in the semiconductor industry is a priority, given its potential to generate significant and long-term benefits for both economies.

That the world’s biggest contract chipmaker, Taiwan Semiconductor Manufacturing Co (TSMC, 台積電), is investing in the US has laid the foundation for bilateral cooperation in this field, Wang added.

The EPP Dialogue addressed areas of further cooperation, such as the US Department of State’s new Clean Network project and 5G security, semiconductors, as well as investment screening, science and technology.

Both sides agreed to established a task force that would be charged with exploring areas of cooperation on the economy. They also agreed that the Indo-Pacific region would be a focal point for their efforts in the future, and discussed points of convergence between US strategy in the region, and the aims of the government’s New Southbound Policy.

In the area of cooperation on global health, Taiwan would share its expertise in protective equipment, while the US would contribute through its prowess in medical research, vaccine research and development, and pharmaceuticals.

Both sides added that they hope to strengthen cooperation in the area of digital technology, as well as improve opportunities for business in the areas of medical care and medical products.

They also expressed plans to promote exchanges of talented people with developing countries, and create opportunities to help such countries improve their healthcare capabilities.

The two sides said they hoped to ensure the free flow of medical supplies and services worldwide, and would search for new opportunities to cooperate toward this aim.

The State Department on Aug. 5 announced the 5G Clean Network program to safeguard information security, which included Taiwanese operators on a list of trusted telecommunications companies.

Both sides in the EPP Dialogue said they would discuss ways to encourage establishment of safe 5G networks.

On women’s economic empowerment, the US has been involved in initiatives in Latin America and the Caribbean in the past few years, while Taiwan has supported programs in the Indo-Pacific region through the New Southbound Policy.

The two sides expressed interest in combining efforts in both regions.

They also discussed plans to cooperate on infrastructure development in the Indo-Pacific, and have already signed the Framework to Strengthen Infrastructure Finance and Market Building Cooperation, which calls for technical exchanges and information sharing on infrastructure with countries in the region, as well as the promotion of infrastructure investments.

They agreed to cooperate on investment screening through the Ministry of Economic Affairs and the Committee on Foreign Investment in the US.

Deng said the EPP Dialogue did not touch on issues related to a possible bilateral trade agreement (BTA).

A BTA, which has received much attention particularly after the government decided to ease restrictions on US pork containing the leanness-enhancing additive ractopamine in an attempt to pave the way for an eventual trade deal with the US, would be discussed through the Trade and Investment Framework Agreement platform, Deng said.

“The US-Taiwan economic dialogue signifies that not only is the United States-Taiwan economic relationship strong, but it continues to deepen and grow,” Christensen told the news conference.

The State Department said coming talks would help bolster the US-Taiwan economic ties and “our shared commitment to free markets, entrepreneurship and freedom.”

The dialogue, which Taiwan hopes would eventually lead to a free-trade agreement, is part of increased US engagement with Taipei under the administration of US President Donald Trump.

US trade with Taiwan totaled an estimated US$103.9 billion last year, according to the latest figures from the US Trade Representative’s office.

The EPP Dialogue also generated a memorandum of understanding (MOU), signed between the AIT and the Taipei Economic and Cultural

Representative Office in the US.

The office in a statement said the two sides signed the MOU to establish an “institutionalized dialogue mechanism.”